Disclaimer: Results may vary from user to user*

Synchrovit® Face is rapid acting Retinol A containing cream, for use around the eyes, lips, face and neck respectively. Synchrovit® contains encapsulated forms of Vitamin A (Retinol) and Vitamin E (Tocopherol), which have potent antioxidant properties to mop up free radicals generated by stress and 'life'.

Synchronised anti-wrinkle – anti-oxidant effect through the simultaneous action of Retinol (Vitamin A) and Tocopherol (Vitamin E) which inhibits the formation of "free radicals” and stimulate cellular renewal, leaving the skin younger looking and brighter. Promotes tone and turgidity on the skin of the face and neck,stimulating the biosynthesis of hyaluronic acid.

In acne also it is a well-known feature of acne development that skin cell production increases and these cells die quicker resulting in more skin surface debris which can increase the risk of hair follicle ducts becoming blocked, leading to blackheads and spots. Retinol helps normalise cell production and reduces the risk of blockages.

Price includes all taxes and shipping within USA & Canada 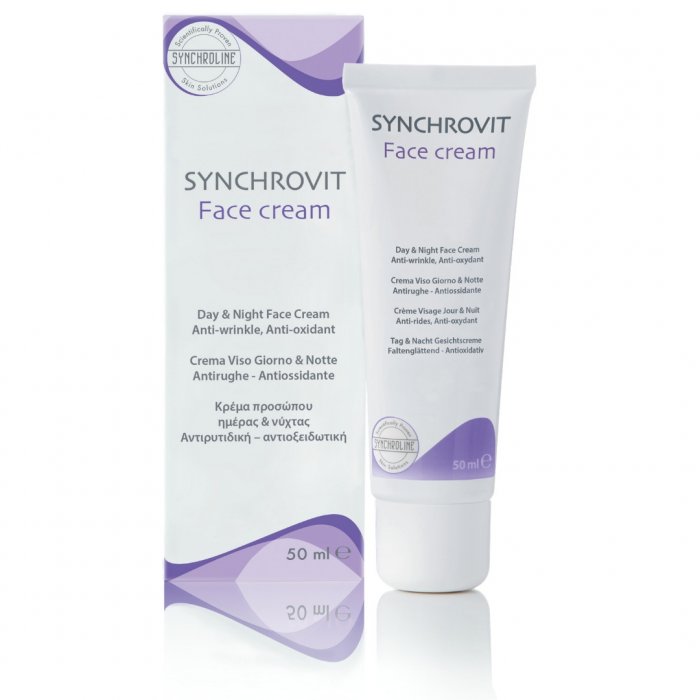 Skip to the beginning of the images gallery
This websites use cookies. By continuing to browse the site you are agreeing to our use of cookies.
Accept More information